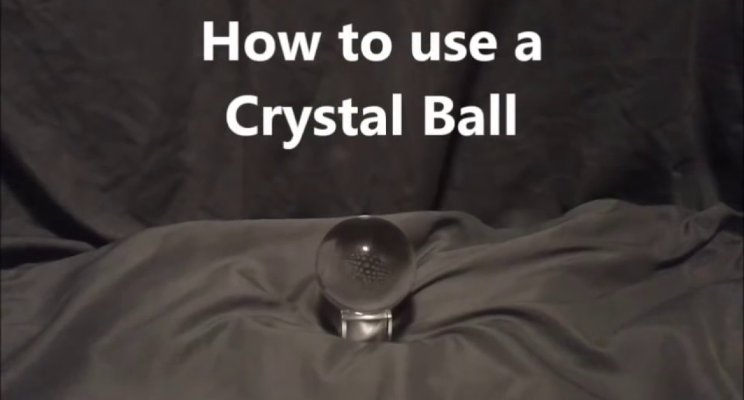 A shortened version of this article is published in the February edition of TVBAY. The article was written in early January.

The New Year has arrived…and it promises great opportunities for those prepared to seek them out, with the one certainty that change is constant.

Let’s start with London studio space, and the lack thereof. The issue is finally being addressed with fortuitous timing (or maybe some expert planning) as Riverside Studios in Hammersmith opens its shiny new doors this summer following a 4 year, multi-million pound reincarnation that will see it vying to be the leading studio space in Central London. They will certainly be on many a producer’s speed-dial with the recent or imminent losses of ITV’s The London Studios, Fountain Studios and BBC studios, since the old Riverside closed its doors for the last time. Also opening this year are the Procam-owned Mountview Studios in Peckham, but London studio space still seems to be at a premium. The proposed new mega-studio complex in Dagenham is a while off yet, and will need an enormous investment to make it a desirable destination to compete with Pinewood.

Trends in production suggest that the On-Demand services Netflix and Amazon continue to offer healthy budgets for first class programme-making. Comments from the hire companies I speak with indicate an encouraging trend for these productions to demand the best kit and crew but with a budget that makes it commercially viable. It seems increasingly novel for a production to have champagne funding to go with its champagne taste, which enables the hire companies to give world class support and service.  UKTV has also committed to their first four original drama commissions too, which is all good for the UK TV industry.

On a business level, the MBO of CVP in December is big news, and good luck to the guys who have taken that exciting step. Selling kit is a tough business, and finding differentiators that keep existing customers coming back whilst attracting new ones is the ongoing challenge. It seems to me that being mid-size is always tricky. Being small and lean allows for quick decisions and great customer service, but the buying power may not allow for best pricing, whilst being a huge business (in broadcast terms) can leave the feeling of an impersonal touch, but with a potential price advantage. I anticipate some casualties as the resellers cut their cloth accordingly.

When I joined this industry in 2000, many of the key manufacturers were selling directly to end-users, and the dealers were almost an unnecessary, margin-sapping after-thought. Fast forward 18 years and the manufacturers have trimmed their salesforces so much that a good reseller is key to their success, and the size and influence of the resellers has grown considerably as a consequence. The best dealers will always be easier to engage with, certainly faster to engage with, and have the in-house infrastructure and knowledge that gives the customer a much better experience than dealing directly with each individual manufacturer.

The same “mid-size business” issues have always been the principal challenge of the post production world where the mid-size Rushes closed late last year, whilst other “boutique” post-houses like The Look are expanding under strong management. As with most things, it’s the people that count. When was the last time you bought anything from someone that you didn’t like? Good sales and support staff can make or break any business, and a can-do attitude will always remain the fundamental bedrock of a successful business.

Surprising news of a reshuffle at North American equipment manufacturer Ross Video, with a few key personnel now seeking pastures new. Unfortunate timing for them just before Christmas, and especially after the great recent successes they’ve enjoyed in Europe, (based in my opinion on employing good people while others have been reducing head count). I’ve long ben a fan of the products, and it will be interesting to see how their European business fares. With SAM pushing hard in the large mixer market, and not forgetting the established incumbents Sony and GV, relationships can tip the balance. I wouldn’t be at all surprised to see some consolidation in this sector. There just seems to be too many major players.

Whilst on the subject of manufacturers, is this finally the year when Arri announces a new camera? I’ve been saying that before every trade show for the past 3 years, but with the technical requirements of the OTT commissioners requiring genuine 4K+ resolution it has to be this year, doesn’t it? With Sony bringing their Venice to market in the Spring, it will be fascinating to see how that plays out.

2017 was a big year for educational spend as tertiary education establishments recognised that they needed the latest equipment to attract student numbers. Salford & Sheffield Hallam, to name a couple, have invested heavily in new technology this past year. National Film School Digital Village project saw investment from Channel 4 and Sky, and the University of the Arts is planning a state of the art new premises in South London.

4K is pretty much established, and HDR adoption is close behind. To my mind, this was really the wrong way round. With so much content viewed on small screens now, trying to spot the difference between 4K and HD on all but the largest screens is impossible, whilst the SDR – HDR jump is evident on any size device.

The momentum of IP adoption in studios and the OB market seems not to be as fast as most had expected. The technology will no doubt get there, but the demands of instantaneous switching of a 4K, HDR, HFR signal with Dolby Sound is proving a challenge. In time, the technology advances should allow for cloud-based remote production from multiple locations. Imagine covering the next big sporting event… the video sources coming in from the sports venue, archive footage from HQ, remote audio mixing from Dolby HQ, and graphics from yet another location, all synced and played out seamlessly, with minimal delays, all over IP. This seems to be the current holy grail for broadcast visionaries. Let’s see how close we get before someone proposes a different one.

The technical engineering requirement of most OB companies is shifting to an IP knowledge base, so it will happen. Just not quite as fast as was billed, and 2017 being an “odd” year will have contributed to that slowdown.

It’s generally the two global sporting events – the football World Cup and the Olympics – that are the catalyst for major advancements. This year’s World Cup in Russia will be the first major sporting event to be covered in its entirety in 4K/UHD, and who knows how many K’s the Tokyo Olympics will be covered in, in 2020.

Brexit is the gift that just keeps on taking, and the VFX sector seems to be the most concerned, as freedom of movement issues are scaring talent away from the UK. Whilst this may create opportunities for home-grown talent, it will take time and investment to develop these skills and in the meantime the UK industry will lose its appeal for this vital sector.  Post-land generally has concerns over Brexit with the major players voicing worries over big business moving their offices, and their decision-makers, to mainland Europe.

However there have been some short-term wins as the falling pound has encouraged overseas productions to spend their Euros and dollars here. “Wait and see” seems to be the prevailing strategy, which is understandable, if not a little nervous-making. Perhaps a better approach would be to strike some deals while the agreements are still in place, or has that horse bolted?

And whilst on personnel-related issues, under the leadership of Bubble Communications MD Sadie Groom, RISE continues its admirable work promoting opportunities for women in film and television. My colleague at Adamantean, Sam Arlow, is on the advisory board, and the principal aim is to make the industry more attractive and accessible for women to join, succeed, and most significantly, stay in. I am hearing of some smaller production companies taking a more flexible approach to their working practices, which will help women returning to the industry after having children. This is good news as the industry needs all of its collective talent to truly flourish.

I expect the trade shows to be spectacularly similar in virtually every respect to all previous trade shows. The drinks may be more expensive, the hype will be over-hyped and IBC will still be too long. And will we learn anything more? The BSC, in my opinion the best show for learning about new gear if cinematography is your thing, is fast approaching and I’m hoping it will remain as good so long as it doesn’t grow too big. BVE and its newer competitor MPS will continue to fight for the same space, and the non-paying public will continue to get their beer funded by exhibitors hoping to get a new lead or two.

Often it’s the reseller events or the smaller regional shows where the same experts are on hand, but the crowds are a little thinner where you can get some quality one-on-one time to find out what you need to know. The Kit Plus shows in Manchester and Bristol are good cases in point, and rather than expanding these events as they gain popularity, they’re adding Glasgow back to their event calendar which is planned for May this year.

I have no doubt that this year will throw up many challenges and opportunities, and I am genuinely excited for what lies ahead this year. We are a year old here at Adamantean, and Sam, Gareth and I are extremely grateful for the loyalty and support we have experienced from customers, manufacturers and the industry generally as we have launched our business.

Good luck to you all for the coming year. I hope it brings good fortune and happiness in abundance. Certainly the Royals have helped the OB businesses this year. Thanks to the Harry and Meghan wedding/FA Cup final clash in May the demand for kit will certainly spike over that weekend. I just need to decide which invite to accept.