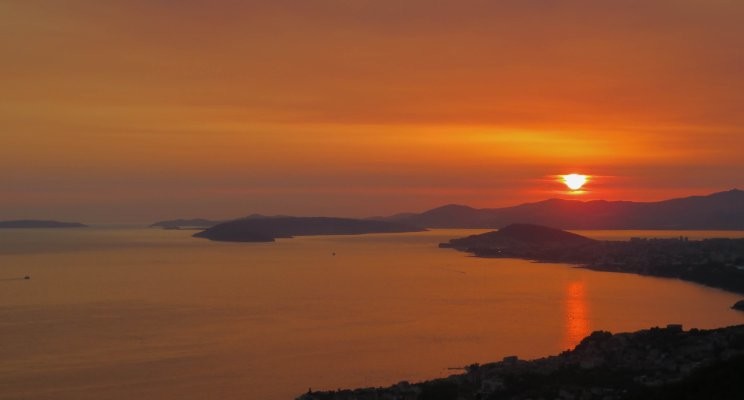 I had a pretty good BVE. I spent a day and a bit walking the aisles, meeting lots of customers, old friends, and a good few new contacts. The bar was predictably busy on both afternoons, and the Fox is always a great chance to meet with people that you missed on the show floor.

I’d even arranged a cheesy hand-shake photo op with a customer signing a deal up on the Cooke stand. It wasn’t until I got there that I realised that Cooke weren’t exhibiting. Nor were Sony, or Canon, or Panasonic, or AVID, or Fujinon, or Grass Valley, or RED etc etc…you get the idea.

And if these headline acts weren’t around then you’d have hoped that the resellers of their products would be on hand to talk through the new kit. But no… I only saw one camera reseller, ProAV, who seemed to be doing well with no competition, and of the key post production resellers, only Tyrell and Digital Garage were there. It was only a couple of years ago that CVP, WTS, Top-Teks, Jigsaw, Altered Images et al would have been demonstrating the new kit for eager customers to try out. Even Arri never really looked as busy as I’ve seen them in previous years. If you went to look at some new kit, as many of my clients did, I wonder how you got on?

However, even though the exhibitor list was barely recognisable from a few years back, I saw all the usual faces from all of these businesses at the Show. The networking opportunities of BVE are unrivalled in the UK, and therein lies the greatest challenge for the organisers.

I think the BVE trade show model is broken. The burden of paying for the event falls squarely with the exhibitors and sponsors, and I fear it’s getting just too much for too many of them. It is eye-wateringly expensive to take floor space for the 3 days, which is likely to be as much to do with how much the venue costs to hire as it is the organisers taking too much for themselves. And the additional hidden costs of essentials like power and internet are considerable. I heard that one of the larger stands paid over £5,000 for their internet connectivity for the 3 days, and even if this was a drink-fuelled, pinch-of-salt type conversation, I know first-hand that exhibiting is a big financial commitment.

If it’s worth your while spending the whole day away from your usual workload, spending £30 on train fares, and as much again on a few liquid refreshments, would you pay to get in? If you did, and the cost of exhibiting was much lower, then it might attract the major players back, and rejuvenate the whole thing. If you’re not willing then I fear it will disappear, and I genuinely don’t want that to happen. I did ask a few friends if they’d make this investment, and I was surprised that answers were mixed.

BVE seems to be suffering because, in global terms, it’s mid-sized. IBC and NAB, for all their faults, are must-attend events if you’ve got business interests in those territories or major clients who attend that you want to shmooze. And the much smaller regional Kit-Plus shows, and even the dealer-hosted events are excellent ways of learning about the new kit. The BSC show is a shining example of how to manage a trade show. It’s a focused, small (ish) show that draws high quality attendees and all the manufacturers and resellers are desperate to exhibit. BSC was also the chosen launch show for the Arri Alexa LF and their new Signature lenses and the new Panavision DXL2 camera, which was quite a coup for such a niche show.

BVE numbers were certainly down, and whilst it’s easy to blame the Beast from the East, it may well be the Pest from the West, the newer Media Production Show, that’s taking some of the attention. The Excel is an amazing facility for a trade show, by far the best of any that I visit, with multiple on-site restaurants, and even some clean toilets. But these benefit the attendees, who aren’t paying for the event. Olympia isn’t a patch on Excel, but the cost of exhibiting is significantly less, and the attendee profile may be similar enough to make the switch. The Excel is also regularly criticised for being too remote which makes “popping in for a half day” impossible. The irony is that the Crossrail station at Custom House is opening soon, and will get you to Tottenham Court Road in 16 minutes and Heathrow in 50. Just a shame it may have come too late.

I’m told that many of the seminars were good, and the show seems to have morphed in to a learning and meeting event, not to look and touch and buy things, which doesn’t really work for the exhibitors.

It also feels like a Show run by Show organisers, not industry people. I gather that the Show is now “for sale” along with a number of other events that the owners produce, which tells you what you need to know about their commitment to our industry. It bothers me that so much money is pouring out of our industry, in the same way that it bothers me that IBC doesn’t end on the Sunday, saving millions of £/$/€ that we spend in the restaurants and hotels in Amsterdam for an extra day of the show that no one attends.

I did speak with some exhibitors who felt that they had had a good show, which was refreshing to hear. Garland Partners for one, who had a great spot near the entrance to the show, seems happy. Let’s hope that they can do some business as a result and some enthusiasm and momentum might begin to grow for next year. I genuinely put great value in a major UK show. BVE has always been a great enabler…to meet, to learn, to sell, and to buy. What value do you put on it?