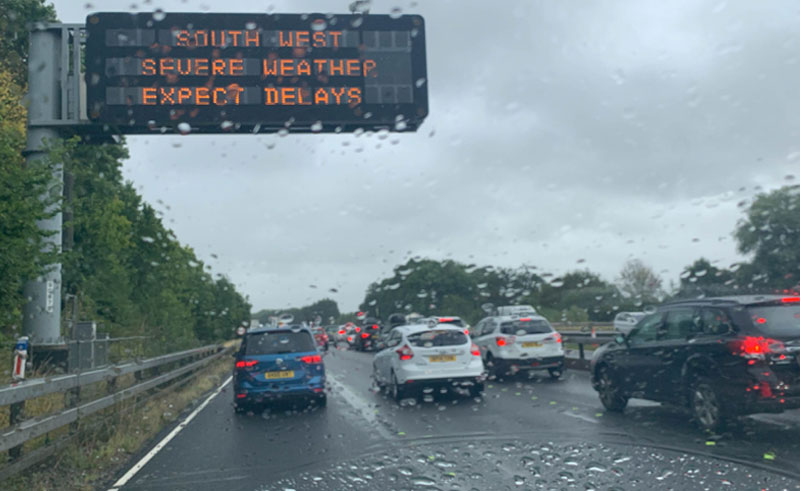 Having just returned from a lovely but ‘changeable’ week in Cornwall where the roads were so steep they were almost vertical, and the weather was so bad it was almost horizontal, the impending end of summer holidays is a reminder that Europe’s largest trade show is fast approaching.

Amsterdam is a busy place for the 5 days of IBC, and as networking opportunities go, it doesn’t get much better.

Networking is always a key driver to attending trade shows. With the demise of BVE, there is now one less opportunity to meet up. It was not entirely unexpected news, but the reality was that next year, the two shows were scheduled to be within three weeks of each other. In an industry where scheduling is so fundamental, that was clearly never going to work. Would anyone have gone to both with any degree of excitement or expectation?

Something I have often found curious at trade shows is the tendency by exhibitors – mostly the large manufacturers – to completely fill their diaries with appointments with customers they already see on a regular basis back in their home country.  It seems that having a jam-packed diary is the key requisite of an active sales professional, regardless of the genuine value of the meetings. If you’re going to the largest trade show in Europe, with over 400 expert speakers, over 1700 other exhibitors, 55,000 attendees from over 50 countries ( I’m guessing at this figure but it must be around that?), why would you fill your diary with clients and customers you already know?

I can think of a good few reasons why you shouldn’t ;

I can only think of one reason why anyone would fill up their calendar before they’ve even touched down at Schiphol. Because their boss expects them to. It’s a brave salesperson, and quite possibly soon to be an unemployed one, who tells their boss that they’re keeping diary windows open in the hope of seeing new clients. But filling your diary is a great way of seeing no new clients. Am I missing something?

As for new technology expectations, it’s a tough one. HDR is quite clearly here to stay, and I read a great Televisual article talking about workflows and potential pitfalls of going dynamic-range crazy, just because you can. I felt one great line in the report summed up the point…that skin/walls should reflect light, not emit it. If the wall is glowing, you’ve gone too far!

With this in mind, grading monitors are a hot topic currently, with Dolby and Sony flavours of the month. There are more nits than a barber’s shop the day the schools break up. Go me, I’m a nit wit.

Cameras will always be a hot topic and the relentless sports live production sector will ensure that the main manufacturers will have busy stands. Remote production seems to be always “about to break through”. One of these years, it will. It’s likely to be the un-sexy glue-type products that make the big technical advances possible. IP will undoubtedly be the future of signal transportation, but the manufacturer who can make the incumbent SDI infrastructure integrate with the new SDI functionality is the panacea that will win big.

I gather that Grass Valley might have a game-changing control panel to demonstrate. It’s always been a bit baffling to me that standard channel config of camera to CCU to RCP couldn’t be done in one less step. Whilst I don’t think that that the GV control panel will do this, in time IP adoption will make this possible. And probably from the comfort of an Isleworth/East London control centre.

New cameras possibly/probably. Look out for new cameras doing just a little bit more than their predecessors, probably in a smaller form factor, and probably a little cheaper.

8K is 4K too much in my opinion right now, but that won’t stop the great and good saying it’s the next next big thing. That same Televisual report commented that some productions are shooting 4K so they can get an HD cut-out, cropping the frame and still having an acceptable resolution of image. I guess the same process in 8K just adds flexibility and choice, but it also adds massive compression and storage issues, particularly adding HDR in to this mix as the great Netflix god mandates.  The storage manufacturers must think it’s Christmas.

Look out for the usual pre-show “DOs and DON’Ts” lists, which will include not drinking too much on the first night, drinking water during the day, and wearing comfy shoes. All golden.

Adamantean will be there in force. If you find that the shiny toys are just too difficult to resist, come and talk to us, and we’ll try our best to make them affordable. We’re pretty good at that, helping more and more clients spread the cost of their purchases.  Likewise, if you’re a reseller or manufacturer looking for some ideas about how you might promote your products and services in a more affordable way, come and talk to us. Between us, we’ve been doing it a while.