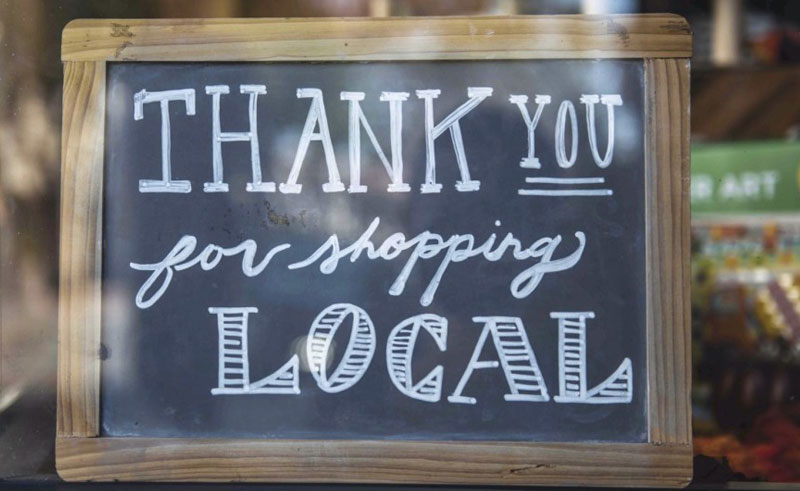 When Napoleon borrowed from economist Adam Smith the phrase “a nation of Shopkeepers” to describe the United Kingdom, he later claimed that it was not intended to be insulting but was in fact a recognition that British power, unlike that of its continental rivals, came not from territories or population, but from commerce. The modern-day economic equivalent of Napoleon’s shopkeeper is the SME.

Towards the end of this evening’s COVID-19 Government briefing, the Foreign Secretary and First Secretary of State Dominic Raab said “…small businesses are the lifeblood of our economy, and they are going through a really tough time right now. SME’s create the lion’s share of jobs in this country and they have done over a sustained period, so we absolutely want to see them through this crisis, and they will be part of Britain bouncing back in due course.”

Undoubtedly the most unambiguous comment delivered from those lecterns thus far.

When the Chancellor Rishi Sunak first outlined his “whatever it takes” financial support plan he was widely praised for acting so quickly and with such purpose. However, as the weeks have rolled by since the various terms of furlough and CBILS packages were announced, it has become clear that many small limited companies are slipping through the cracks.

The inequity of the proposed solutions suggests, at best, oversight that urgently requires review and, at worst, a lack of simple economic comprehension. Consider, if you will, a company turning over, say, £100m might ask its employees to take a temporary 20% cut in wages (we are, after all, in it together!) and thereafter the taxpayer will pick up the cost of its single largest overhead for three months. In many cases this will be a staggering sum. I do not for a moment underestimate the challenges that such a company currently faces, but please bear with me.

Meanwhile, a small SME (you know, one of the many Mr Raab earlier informed us “create the lion’s share of jobs”) possibly a husband/wife, father/son, couple-of-friends type, early-stage business turning over, say, £500k, whose owner-workers typically put in daily shifts of 10-12 hours. They pay all their corporation tax and other dues but, as shareholders, remunerate themselves predominantly by dividend – that is, after they have paid corporation tax etc. The furlough scheme offers them very little support whilst their cash-flow has evaporated, but the Chancellor has generously agreed for the Government to guarantee (mostly) a loan to help them through these unprecedented times.

Once again, I do not underestimate the scale of the support package that was assembled in a very short time as the potential economic effects of a pandemic became clearer. However, let us cast our gaze forward to happier times when we might begin the process of rebuilding our respective businesses. These two example businesses face very different situations. The bigger company has enjoyed the benefit of grant funding which requires no repayments. Conversely, the smaller company [assuming of course that it had been able to find a bank prepared to lend to it, which is a different issue altogether!] instead faces the prospect of a much higher mountain to climb burdened most likely with a significant debt.

Whilst everyone is getting their underwear in a twist over whether or not a certain airline should receive taxpayer support whilst its billionaire owner resides tax-free in the Caribbean, perhaps more focus should be targeted at this rather more urgent inequity.

There is also a third company. The micro-business, barely turning over, say, £100k. Its needs are modest compared to the other two, but because it does not bank on the High Street, and nor does it enjoy an existing customer relationship with one of the other BBB-accredited CBILS lenders, or laughably its borrowing requirement is too small, it cannot access Mr Sunak’s business loans and faces imminent oblivion.

I don’t imagine anyone in the cabinet or the wider COVID task force really has any direct experience of the SME world, and I am quite certain that none of their advisers could even describe one if asked, but the economic lifeblood and job creators are feeling very isolated right now, and watch on incredulously as easier and cheaper assistance is proffered to those who are bigger and stronger.

Mr Sunak, might you consider opening up access to the CBILS facilities more widely across the banking and finance sector; could you consider providing ‘once-only’ 100% guarantee to small loans of up to, say, £25k for small SMEs with modest turnover, less than £1m; please consider a grant-based support scheme for the directors of SMEs who do not have broad workforces to furlough. There will clearly be no early exit from the lockdown restrictions, and without amendments of this nature I fear the cost in business casualties and unemployment benefit will be greater than you anticipate.

Mr Raab described SMEs as “the lifeblood of our economy”, but for many Mr Sunak’s “whatever it takes” promise is not ringing true.

When the lockdown ends, it is the smaller more agile companies who will be able to respond quickly and dynamically to the rapidly evolving new-world circumstances. Adam Smith originally spoke of a government influenced by shopkeepers. I hope our Government is listening because the economic recovery will depend more than ever on the nation’s ‘shopkeepers’.