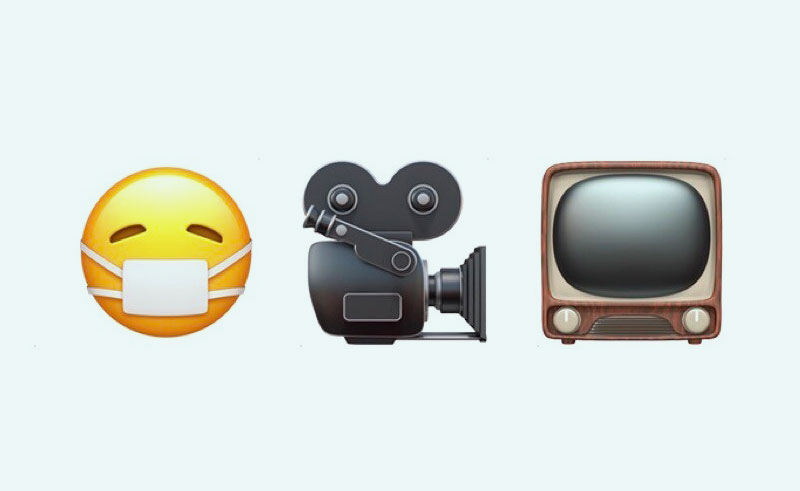 When Tom Hanks was diagnosed with CoVid back in March, the entire global filming industry shut down over night. Productions were cancelled, and equipment rental companies, post-production facilities, and other service providers all saw future bookings fall over like dominoes and their revenues cease with immediate effect.

Everyone was staring down the barrel. The future could only be considered and addressed one day at a time, and it didn’t take long before we all began to feel a bit like Bill Murray in Groundhog Day.

Rental companies stopped invoicing for equipment that remained in studios and waited for a recovery that did not come quite as quickly as hoped. Most (if not all) were forced to seek immediate assistance from their finance creditors, and within a matter of days forbearance was agreed initially for three months, and latterly for six months.

Every bank and independent finance company will have some degree of exposure to the broadcast and media industry, especially to the equipment rental sector. Although relative to their overall lending portfolios the exposure will be quite small, it is likely that 100% of that small exposure will by now have been subject to forbearance (if not in default). The consequent perception amongst the lending community that Film & TV is high up the list of markets blighted by CoVid-19 has considerably reduced any appetite for further lending into it.

Adamantean is currently involved in an effort to inform the banking and finance community that the Film and TV production industry is actually in the early stages of a robust resurgence. In fact, it is following precisely the recovery pattern which we forecasted to the same funders at the beginning of the lockdown.

In April we told them that we believed the return of live sports would lead the broadcast recovery during the summer. We were aware that the ECB were considering putting out two different England cricket teams to play test matches and one-day-internationals on the same day, and this would necessitate considerable outside-broadcast resources to meet the demands of a nationwide audience desperate for a fix of live entertainment. Premier League football, and Premiership rugby would quickly follow, each respective governing body adapting to the circumstances of the new paradigm in their own way.

Live sports broadcasting, we said, would be followed by fixed-set repeating productions where new working practices could be more easily implemented – and because life could not go on without EastEnders, Coronation Street, and Hollyoaks. The working practices and protocols established in that environment could then be more widely adopted and deployed across larger-budget drama productions and films – who knew how quickly Netflix and iPlayer would run out!

On 28 July Oliver Dowden, Secretary of State for Digital, Culture, Media and Sport, launched a Government-backed £500m scheme for UK film and TV productions struggling to get insurance for CoVid-related costs.

The Film and TV Production Restart Scheme was made available to help productions which have been halted or delayed by an inability to obtain insurance for CoVid-19 related risks, by giving productions (and their respective completion guarantors) the confidence that they will be supported if future losses are incurred due to CoVid-19.

If ever a starting gun was needed, this was it. Delayed (not cancelled!) productions from spring/summer 2020 were up and running again and being pushed into the next shooting schedule. In many cases, annual repeating series that missed out on the Summer 2020 shooting season are now planning to film two seasons back-to-back, commencing any time from now and running to the end of Summer 2021.

We predicted a concertina-effect would ultimately be experienced towards the end of this year, and into 2021, as production schedules run into and across each other, ultimately leading to a shortage of resources. Time now to sit back and watch market economics at work!!

However, whilst this soothsaying is largely proving true, the broader concern has been what happens with a second lockdown, or in the event of individual production shutdowns. A national lockdown is clearly out of anyone’s control, but each production shutdown could potentially have a profound effect on its respective supply chain.

And so, with the announcement of a second national lockdown at the weekend, it was very welcome that Oliver Dowden reassured the film and TV production sector (and, by extension, their finance creditors and prospective finance creditors!) via Twitter:

“The changes mean people should WFH where possible. But where this is not possible, travel to a place of work will be permitted – e.g. this includes (but not exhaustive) elite sport played behind closed doors, film & tv production, telecoms workers.”

The SAG-AFTRA CoVid safety guidelines are extensive and detailed, and they will most likely determine the continuity or otherwise of movie productions (the equivalent guidance from Equity is not quite as detailed and extensive). They are understandably predominantly concerned with maintaining the safety of the acting talent on set, however the guidelines are extremely preventive and will go a long way to avoiding such shutdowns being necessary.

But what is the likely response from rental companies if kit is out on a job which is then shut down for a fortnight following a positive test? At what point would the production make a claim on the Film & TV Production Restart Scheme, and does that scheme mean the rental company could continue charging regardless, or would they instead be expected to bear the pain of the shutdown?

We have asked these questions of several hire companies and generally, as pipelines have resumed, most have understandably chosen to approach each production based on its individual circumstances.

Equipment hire would generally be a minor cost of any shut-down, and the production will make a claim on its own insurance or from the UK Government insurance fund, whichever is appropriate. Most productions are now likely to have a CoVid contingency schedule, to continue shooting other scenes with the uninfected cast and crew. As always, necessity has become the mother of invention.

On that subject we have been encouraged by the many and varied recent survival stories from clients in the harder-hit events sector. Businesses that have for years supplied and installed AV solutions to concerts, theatres, and conferences are now retraining craftsmen and high access riggers to deploy those skills into other entirely unrelated sectors. Live Music, theatre, and large-scale conferences have all begun streaming ticketed virtual events and, prior to the latest lockdown, hybrid events combining steaming alongside small in-venue audiences were starting to develop.

We like to think that such examples of determined ingenuity and repurposing will encourage the world of finance to be more positively disposed towards the “media” market, and not allow the context to be shaped by the recent high-profile pre-packaged administrations of two companies in the rental sector.

Writing-off HMRC and rent arrears, and forcing finance company creditors to reduce their positions, so that a new company with the same name and management may return to set an unreasonably low bar of expectation and undercut market prices has been met with incredulity and frustration by its commercially disadvantaged competitors.

Credit terms from industry suppliers have consequently been tightened for everyone and, against a backdrop of multilateral forbearance, left finance companies requiring far more detailed trading and forecasting information before further funding advances will be considered.

As we prepare to enter our second national lockdown, the Chancellor has also announced a further extension to the deadline for funding requests under the Coronavirus Business Interruption Loan Scheme (CBILS), which is now scheduled to finish on 31st January. If you have not already considered the benefits of this scheme, don’t leave it until the last minute to apply. There is already a backlog in most underwriting departments and applications will require additional supporting information and forecasting.

Remember that the people who work in the finance industry are facing the same challenges as everyone else. At each finance company the backlog of credit proposals has been exacerbated by a shortage of resource because half of the credit team has been seconded to manage the enormous level of forbearance and/or arrears since the last lockdown. Most are still working from home and missing the security, encouragement, and confidence that comes from being part of a team; the banter around the water-cooler; the opportunity to seek an alternative opinion on a challenging credit proposal.

Now is a good time to consider a broker to mediate between funder and funded, someone who understands the challenges facing all parties. Give us a call or drop us a line.