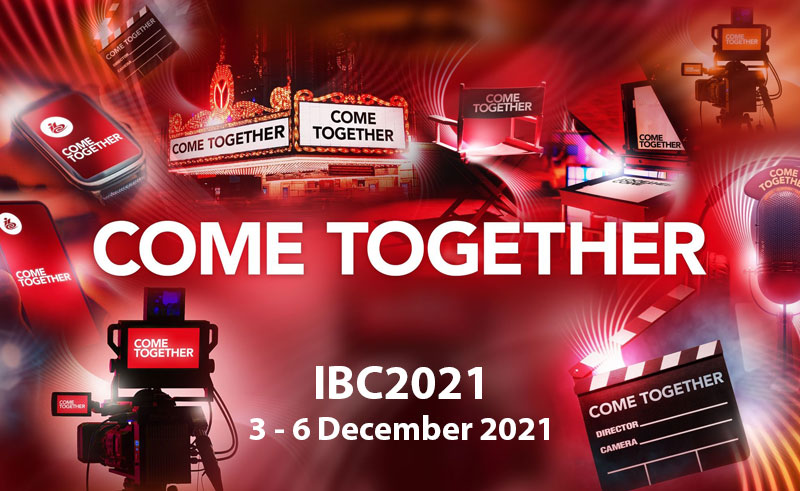 So. Who’s going to IBC? Currently it’s still due to happen, but by the time you read this, who knows..?

NAB, which was rescheduled for later this month, was only cancelled in mid-September; ridiculously late notice for a show thats key attribute is its global reach, and could never realistically have gone ahead in the current climate.

And as I write this, just 2 months before IBC’s rescheduled December dates, a long list of industry stalwarts – Sony, Arri, Panasonic, Ross, Fujinon, Angenieux, Vitec/Vinten and RED – are not exhibiting. The majority of these made their no-show decisions prior to the Dutch Government’s relaxation of international travel barriers and social-distancing rules for fully vaccinated visitors.

With so many of the major players absent, there must be doubt in most potential visitors’ minds about what exactly they will achieve by attending. Having attended IBC for 20+ years, as well as the other key global shows such as NAB and CABSAT, I have found that it’s almost always the networking that makes a show viable and valuable. When I used to sell hardware, rather than selling the money to buy the hardware, it was rare that I’d learn something new about a new product that couldn’t be learnt in the press releases, and in direct conversations with the sales rep immediately after the show.  It’s the relationships you make or build upon at the dinners and the events that really drive the business deals.

The other key component of a great trade show is a big product launch. The most memorable IBC launch I can remember was Arri’s Alexa at IBC 2009. Their first major solo step into non-film cameras, it promised to transform digital cinematography, and it has undoubtedly done that. But I’m not an operator, so I wasn’t best placed at the time to know if it would succeed. It was the masses of experts on the Arri stand, fawning over the pre-production cameras that convinced me. These were the people that I trusted, and we at Adamantean have helped owner-operators and rental houses buy millions of pounds worth of Arri cameras ever since, safe in the knowledge that they’ll get the job done. IBC was the perfect place to launch that product. But with all of these marquee manufacturers not attending this year, I don’t see a big product launch happening. The FOMO factor just isn’t there for me. And if the techs and end-users (who in turn make it worthwhile for the resellers and associated sectors, such as finance providers to attend too) don’t feel it’s worth going, it could be a lot quieter than it’s been before.

Adamantean exhibited at both the Kit-Plus shows this year – at Media City in the summer and at Twickenham last month. These were the first real-life shows anywhere for so long, and it was great to be back, even if elbow/fist bumps rather than hugs and warm handshakes were the order of the day. And the ROI was pretty effective too, relative to the huge cost of attending the larger shows. These tend to be far more targeted events, and are more conversation-led, rather than kit-led, which works for us.

The MPTS show is growing in influence every year, and I’d put that in the same domestic bracket. It has a larger and longer footprint than the Kit Plus shows too which are only one day events, so the two day MPTS makes it possible for the kit-sellers to show their wares cost-effectively.

In recent years, the reseller events have been some of the best that I’ve attended. The decision by the major manufacturers to sell through a dealer channel, rather than direct to end-users, has turned these resellers in to significant SME businesses, turning over many tens of millions of pounds. They have the technical know-how to support the product far better than the manufacturer ever did or could, and their more targeted events are excellent. They have the direct relationships with the clients and are able to fill their events with the decision makers to make them far more sales-oriented. Perhaps these domestic shows may be the way forward, at least in the short and medium term.

So how do the uber shows re-invent themselves post-pandemic? IBC 2021 is hardly ideal this close to Christmas, and when so many are still wary of any “unnecessary” overseas travel, but I doubt the Show organisers had many date options. And all the uncertainty and late date changes gave the big exhibitors little option other than to pull out of this year’s event. The realisation that we will have to learn to exist with Covid, rather than outlive it, is a mind-shift for many of us. I hope that 2022 will be easier, it can’t be any harder can it?

Don’t get me wrong, I love the big shows. Despite my many trips to the ‘Dam and Vegas, I always look forward to going back, seeing lots of friends made over 20+ years in the industry. But for those who have done the post-match analysis in the harsh, sane, business-owner light of day, it’s often the case that the promising chats about future business at 2am in the Bourbon Street Blues Bar / Piano Bar are often just that…hot air in an even hotter club. But we all live in hope.

The global pandemic has affected the way we all live our lives and do business, and many people’s priorities have changed permanently. Has it also contributed to making the week long slog of expensive dinners and expenses-busting bar bills a thing of the past? Or you may feel that by attending when others may not, you improve your chances of finding that golden goose that makes your resilience pay off.

If you’re reading this, you’ll probably have been to a few Broadcast shows. What do you think?